Your browser does not support JavaScript! Windows 10 - The Good, The Bad and The Ugly!

We are sure you will all have heard about Windows 10 by now. But just how many of you have been brave enough to upgrade? Us nice folk at Tecchies have taken a good look at the update and put together quick rundown of what you need to know. Good news or bad news first…

• Microsoft have rolled out Wi-Fi Sense across their operating system and it does seem to pose somewhat of a security risk. It has been on Windows Phone since 8.1 and it allows people using Windows 10 with your wi-fi key to share this with other wi-fi sense users. Those friends include their Outlook contacts, Skype contacts and, with an opt-in, their Facebook friends.

Wi-Fi Sense doesn’t reveal the actual password to your family, friends, acquaintances, but it does allow them, if they are also running Wi-Fi Sense, to log in to your Wi-Fi using an encrypted connection. There are ways to prevent this from happening to your wi-fi network

•Windows Updates – Updates will now not only come through directly from Microsoft but they will also be pushed through via linked devices on your network or via other devices on the Internet.

•Windows have removed the Media Centre feature from their Windows 10 offering, this means that Windows 10 users will no longer be able to play DVD’s or stream to the TV or record your TV programmes through your laptop of PC without the use of third party apps.

•Family Controls – Gone are the days of restricting what the kids can see or how long they play on their device! All family controls have now been removed meaning you can now only stop other users changing the computers settings and not the content they see!

•Windows 10 has a much more user friendly interface and will be a welcome change to Windows 8 and 8.1 users.

•Windows are offering a free 12 month upgrade to Windows 10 which applies until the 29.07.16, you can also reserve your copy of the upgrade until you are ready to go ahead.

•Outlook can be a bit tricky if you use POP emails. When you install the update you can still receive incoming mail, however you may struggle with your outgoing mail. This isn’t a major task to fix however its best to be one step ahead and factor in the time to fix it rather than be stuck and not able to reply to your customers.

•Anti-Virus can also be affected by the update which may mean you have to reinstall your antivirus after you have installed the update.

•Printer and scanner software can also be affected but again this is a relatively easy reinstall and it be fully functional again.

How this affects your business

•It is important to consider when upgrading to Windows 10 how it will affect the software that is critical in the day to day running of your business. Any third party programmes need to be checked with the developer to make sure that they will run smoothly with the Windows 10 update or you could find yourself in a bit of a pickle

•The update can take a couple of hours – our advice is to allow at least an hour and a half for the update and possibly an extra half hour in case you encounter any problems. Obviously seen as this is quite a lengthy update it probably isn’t a great idea to roll it out across all the machines at once unless it’s out of hours and you have support on hand.

•It’s advisable to give the update a miss for the next few weeks with a view to upgrading in October, as with all new products there are potential teething problems so hopefully by the end of September the majority of issues will have been found and resolved.

Here is the part where we step in – We are on hand to install Windows 10 to your machines seamlessly for you! We are going to start rolling the upgrades out in October and we will run an IT health check before hand to make sure that your devices can cope with the update and that neither your devices or your programmes will be affected making sure your machines are back up and running in no time with your nice new operating system.

We have extensive experience in providing networking services to our clients

Our cyber security specialists will diagnose threats, vulnerabilities and risk 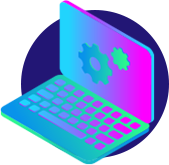 Our disaster recovery solution can have your system up and running

Server error or failure can be detrimental to a business

Request your free auditComplete the short form below

This website uses cookies to improve your experience while you navigate through the website. Out of these, the cookies that are categorized as necessary are stored on your browser as they are essential for the working of basic functionalities of the website. We also use third-party cookies that help us analyze and understand how you use this website. These cookies will be stored in your browser only with your consent. You also have the option to opt-out of these cookies. But opting out of some of these cookies may affect your browsing experience.
Necessary Always Enabled
Necessary cookies are absolutely essential for the website to function properly. This category only includes cookies that ensures basic functionalities and security features of the website. These cookies do not store any personal information.
Non-necessary
Any cookies that may not be particularly necessary for the website to function and is used specifically to collect user personal data via analytics, ads, other embedded contents are termed as non-necessary cookies. It is mandatory to procure user consent prior to running these cookies on your website.
SAVE & ACCEPT